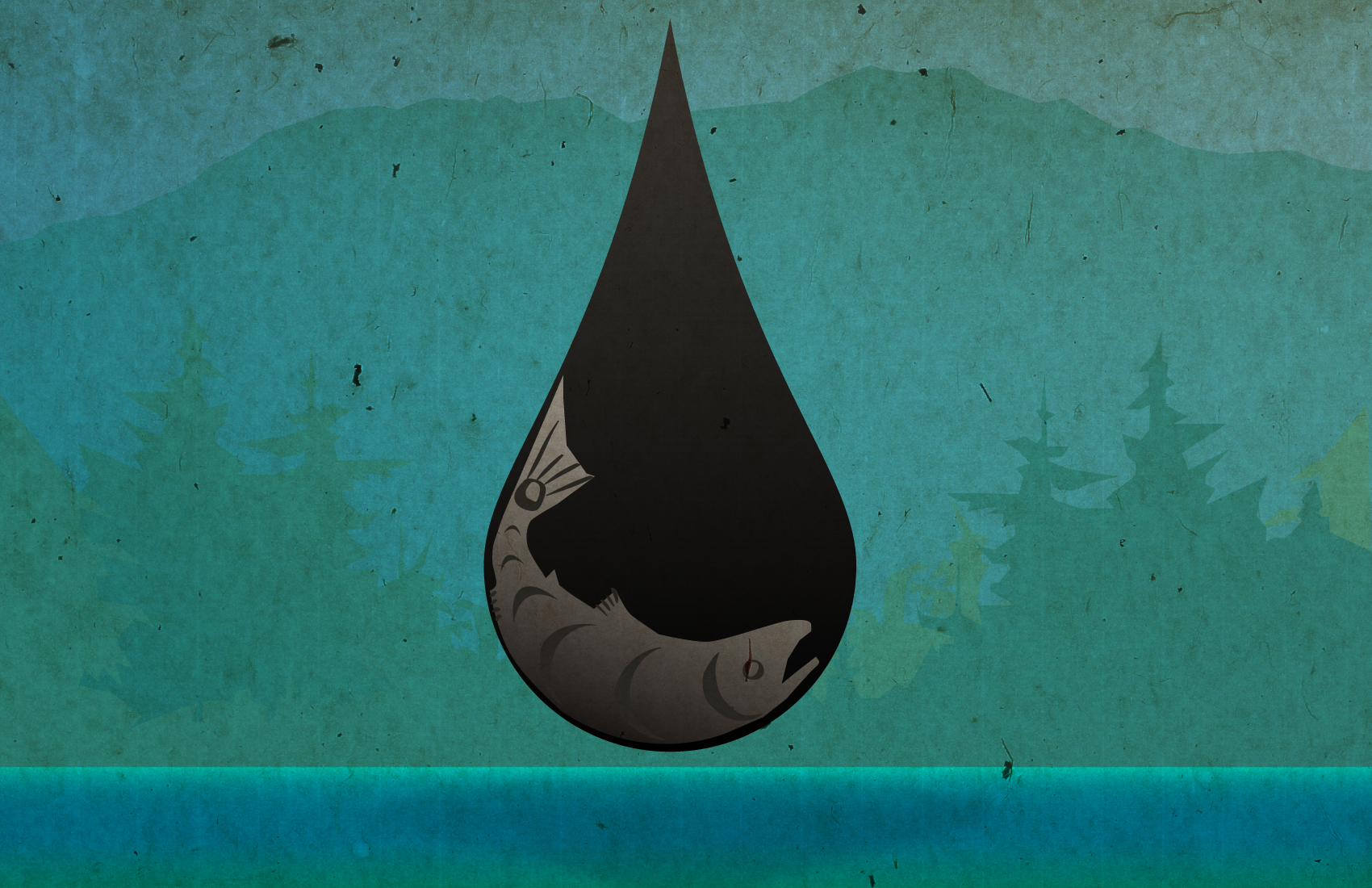 A provocative and comedic foray into a firestorm of debate.

Co-Produced by ITSAZOO Productions and Savage Society/In association with Gateway Theatre and Neworld Theatre/Developed with assistance from PTC.
Inspired by ‘Extract’, a book published by Vancouver Observer on the Enbridge Northern Gateway pipeline conflicts in BC.

A vibrant and personal account of the ongoing political battles over pipelines. Peak oil, First Nations land claims, and climate change are all explored with humour and empathy in this timely, meta-theatrical event.

The second act of the piece is a Talk Forward. Each night we will invite a different speaker to respond to the piece and then participate in a facilitated conversation with the audience and performers.

Check out Director Chelsea Haberlin’s reflections on the Talk Forwards and the power of audience engagement in her widely circulated article for SpiderWebShow.

“…A sincere invitation to a dialogue..Haberlin’s direction is a textural feast.” – Colin Thomas, colin thomas.ca

“Intelligently directed and beautifully staged…there is passion and commitment in this show.” Jo Ledingham, On The Scene

“Everyone – get out to Richmond Gateway to see The Pipeline Project. I learned, I was thoughtfully engaged, I laughed, I reimagined my own thinking and assumptions and I shared space with community members around such an incredibly important topic – our land, our home and each of our responsibilities to take care of it. If you’re a Settler and you have questions and curiosities about your relationship with the Indigenous Stewards of the land – go see this show, you get a fantastic opportunity to then ask your questions to the practitioners!” – Kim Harvey on Facebook

The Pipeline Project premiered in March 2017 at the Gateway Theatre in Richmond BC. Original featured speakers included:

ITSAZOO would like to acknowledge the support of The BC Arts Council, Canada Council for the Arts, The City of Vancouver, The Hamber Foundation, The Vancouver Foundation and the Province of BC.