“Robin Hood is both a breath of fresh air and a fire under your ass.” —Andrea Warner, The Westender
Robin Hood is a social/political satire inspired and influenced by everything from Bread and Puppet Theatre and Bertolt Brecht to South Park and The Colbert Report. Our story follows a group of social activists who live and work amongst the transients of a tent city located at Queen Elizabeth Park. The need for social programs is at an all time high however the government has allocated all its resources to a commerce driven sporting event, The International Big Deal (featuring exciting monetary events such as the Credit Card Relay and the Burning Money Pit!). So the activists take matters into their own hands. Unfortunately, the taser-happy Chief Gisbourne and the nefarious Mayor Nottingham don’t take kindly to “stealing from the rich and giving to the poor.” Robin Hood is told through the eyes of a guitar playing busker who underscores the show as well as performs various songs as he leads the audience from scene to scene. 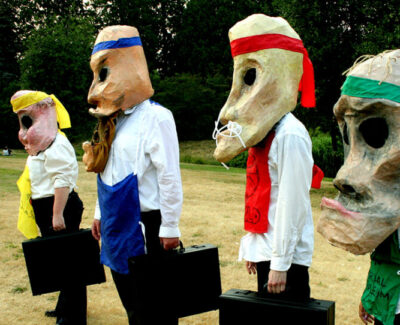 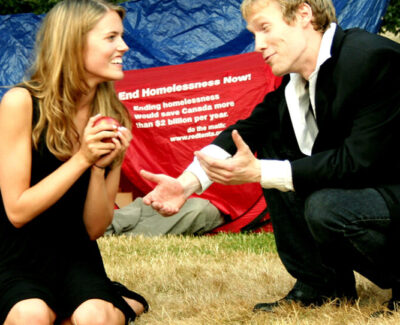 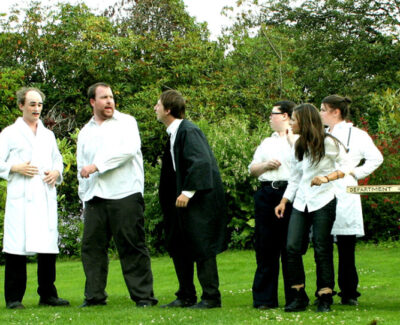