THE ROAD TO CANTERBURY By Sebastien Archibald

“Archibald succeeds in spades. His adaptations for five of Chaucer’s stories are absolutely true to their sources in theme and meaning, but utterly rooted in the here and now.” — Peter Birnie, The Vancouver Sun

Updated for the 21st Century, The Road to Canterbury features contemporary counterparts of Chaucer’s classic characters telling hilarious, insightful, and often sordid tales of love, power, and religion. Five tourists, who are (unbeknownst to them) modern versions of The Canterbury Tales’ classic characters, partake in a guided tour themed around Chaucer’s life and times. The tour is lead by a chipper Chaucer enthusiast, who leads the audience through the beautiful landscape of the Park. However, he quickly loses control of the proceedings when various “audience members” take over and begin telling their own stories, complete with re-written modern pop songs. The Knight is now a mercenary. The Wife of Bath has morphed into a gin-swilling British socialite. The Miller has transformed into a beatnik. The Road To Canterbury showcases the timelessness of The Canterbury Tales and the themes it explored with three main tools Chaucer would no doubt approve of: wit, satire, and music. 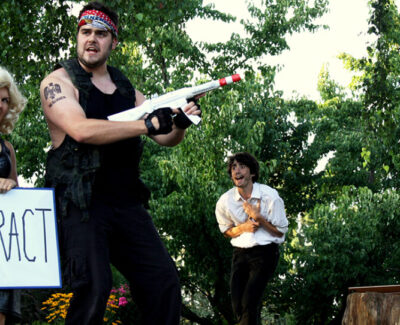 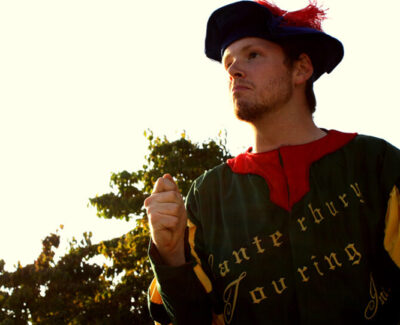 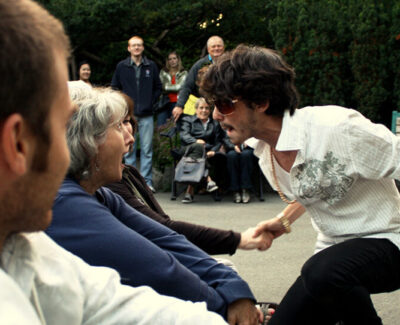