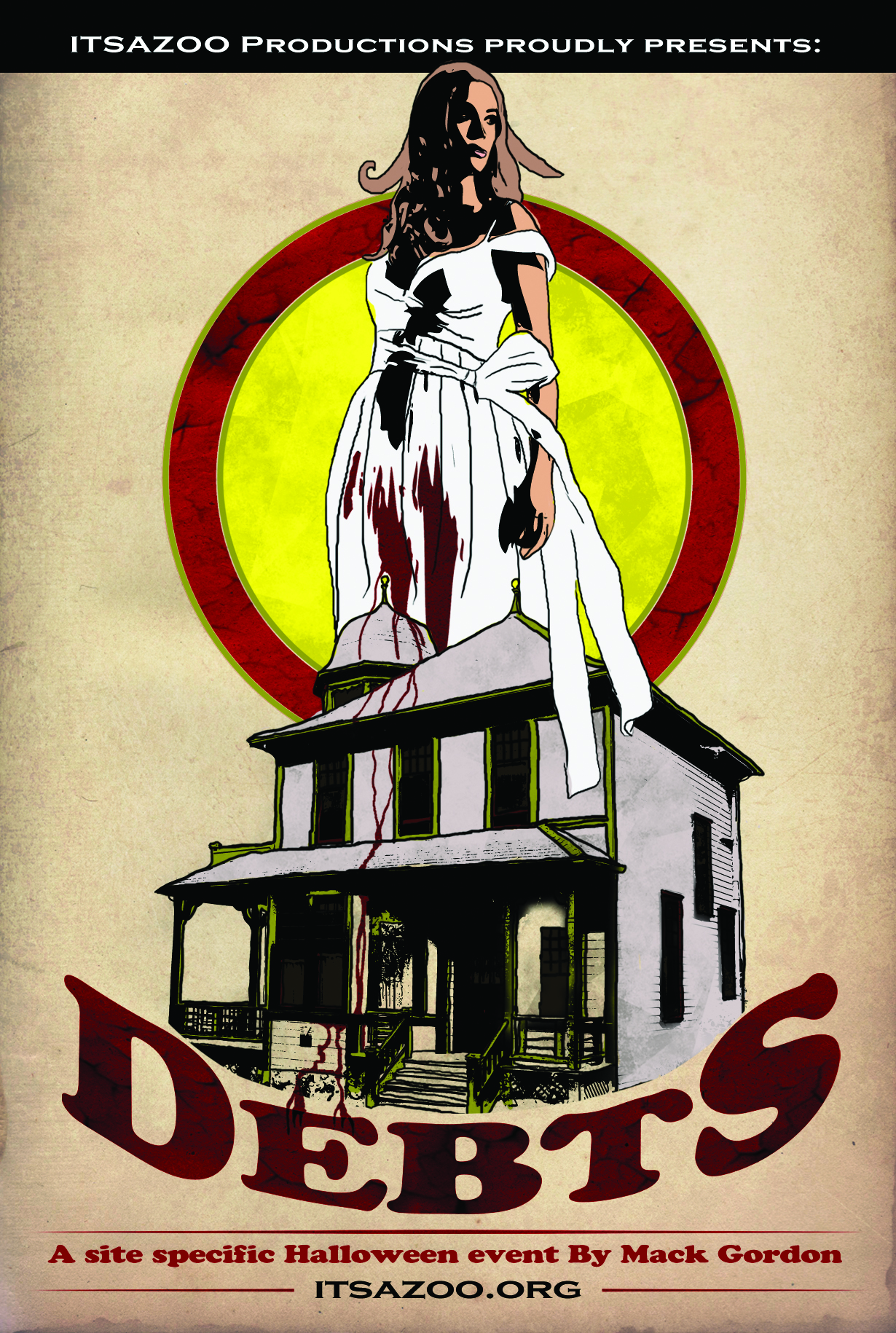 Up until now ITSAZOO has had a pretty concrete system when it came to producing shows.  Sebastien would write them, Chelsea would direct them and Colby, Sebastien and some of the other crew would act in them.  We have kept it very much in-house.  Debts is the first time that we have handed over the majority of the artistic control to other artists.

When we first decided to do this production Sebastien was in the midst of other things and couldn’t take on the task of writing it so we decided to ask Mack.  We felt he had the right voice as a writer for what we had in mind.  Then when it came time to stage the show I, Chelsea, had started the MFA program at UBC and couldn’t take on the job of directing the show so Mack stepped in and took on that job as well.  Since that time we have gathered an artistic team of people who we mostly haven’t worked with before.  It has been a great process for us to watch a thing that we have held so close be populated by a new community.

I am the production manager for the show and as such have been very much involved in the production but not in the fully immersive way I normally am.  I have been happy to relinquish some artistic control and gather a team of people we trust completely to create a show we are proud to call ITSAZOO.  We have grown as producers and have provided opportunities for others to grow as artists.  We have learned that choosing well and then trusting those you choose can lead to a whole new level of creation beyond what we could have envisioned.  We took a chance and are so glad we did.