CHAIRS: A PARABLE By Sebastien Archibald

On Tour: Presented by Intrepid Theatre at the Metro, Victoria, BC, The TNT Playhouse, Nelson BC, The Clayoquot Sound Community Theatre, Tofino BC March-April 2011

Location: Vancouver East Cultural Center Presented as a part of the Neanderthal Arts Festival
July 2011
“Naomi Klein by way of Eugene Ionesco…It’s the history of capitalism in an hour and a half and it’s riotous fun” —Chris Fleming, Culture Vulture
Chairs: A Parable is a tribal allegory featuring a unique blend of live action, flash animation and found-sound musicscape. Inspired by the theatrical existentialism of Samuel Beckett and serving it up for the sardonic hipster generation, Chairs follows the hilarious struggles of three men as they attempt to build a civilized existence in a barren wasteland. They enjoy a life of uneventful equality until one man steps forward and does the unthinkable…he builds a giant chair! With his newfound power position he can survey the land, dictate orders, and offer keen insights about the world. But how long can he abuse his authority before the seeds of rebellion are sowed? And what untold horrors lay beyond the wasteland? 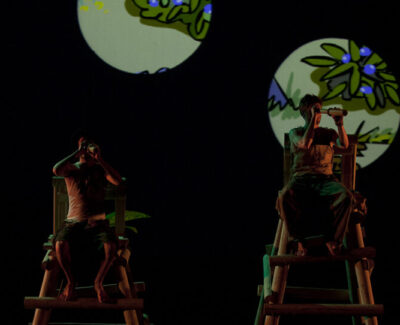 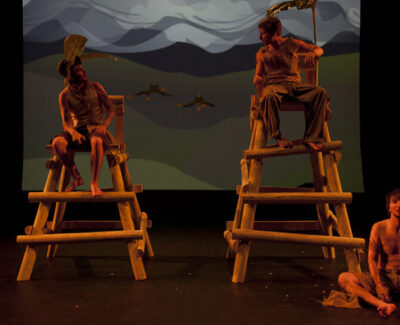 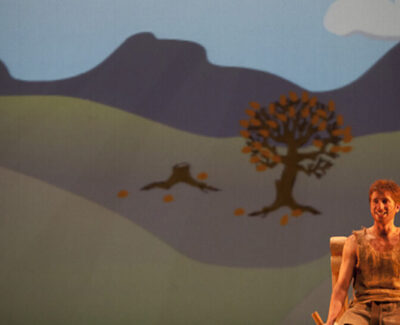 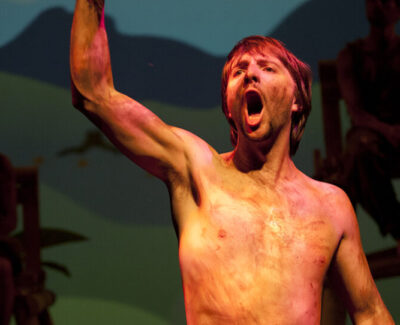 Donate Now
Bridge Mix Stay Away From My Boat @$$hole