Hello!  It has been far too long since we’ve written a blog post.  It’s been a crazy summer with Neanderthal, then Fringe and now preparing for Debts. There just hasn’t been time to write.  But we’re back now and we promise to post more often.

Rehearsals and preparations for our most recent site-specific promenade show are underway.  Debts was written and directed by Mack Gordon and will be going up at the Roedde House Museum in the Westend from October 19-31.  We’re super excited about this one as we’ve never done anything quite like it before.  It’s a combination of the stories of Edgar Allen Poe, 80s slasher flicks, radio plays and haunted houses.  The best part is it’s for an audience for 15 so it’s going to be mega intimate. Really perfect for anyone who likes to be scared. I’ll tell you more about it and the production team as we approach but for now here are a few pictures, taken by Chris Kattner, to give you a sense of the tone of the show 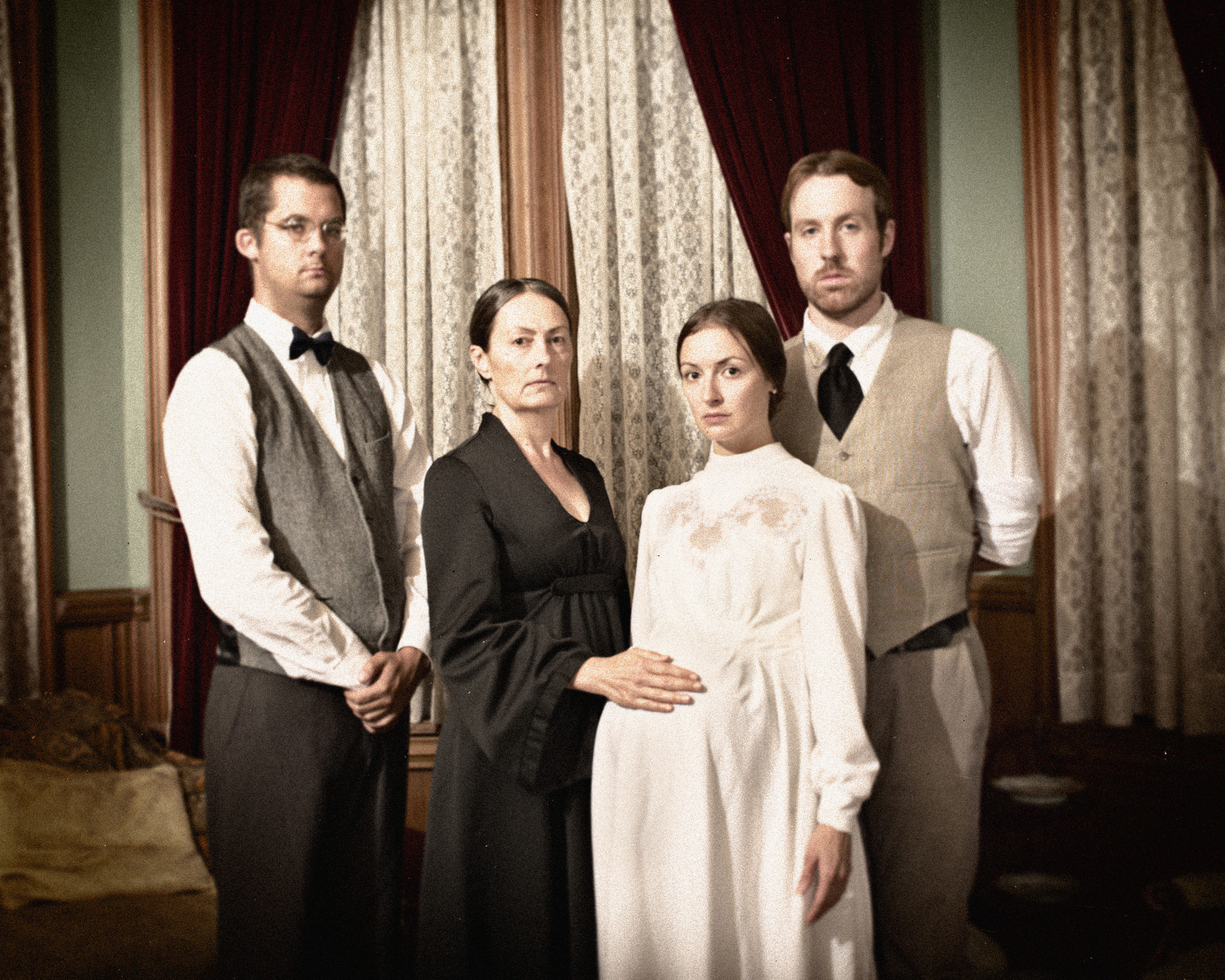